More than 120 people attended the East Hampshire Volunteer Awards on Wednesday evening 29th November to publicly recognise the volunteers that dedicate so much of their time to help others.

The awards ceremony, organised by Community First and East Hampshire District Council (EHDC), took place at the Festival Hall in Petersfield and celebrated the dedication and enthusiasm of local volunteers who make such a difference to the lives of so many residents.

The evening featured speeches from Sandy Hopkins, Chief Executive of EHDC, Tim Houghton, Chief Executive of Community First, and a video speech from Damian Hinds, MP for East Hampshire, who all spoke about how important volunteers are for the district.  There were also live performances from the Alton College Jazz Band and a selection of songs from the musical ‘Oliver’, performed by The Petersfield School.

Six awards were up for grabs on the evening: …

Find the full press release including all the award winners and their stories on easthants.gov.uk together with links to some inspirational videos from them.  Photos and videos can also be found on their flickr. 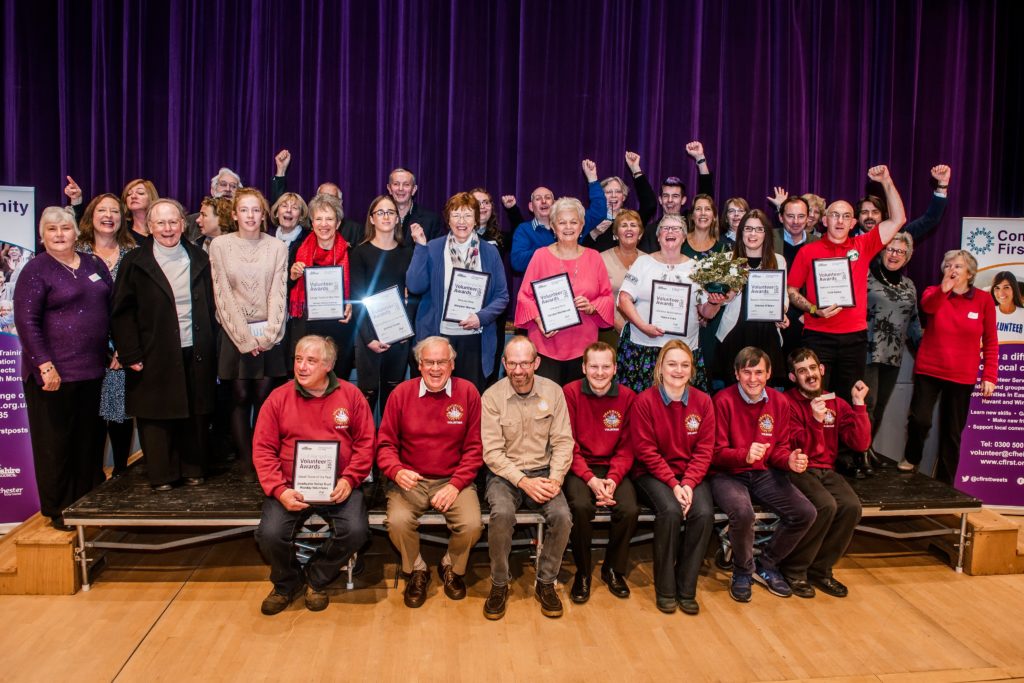